I think I may have a keyboard problem. 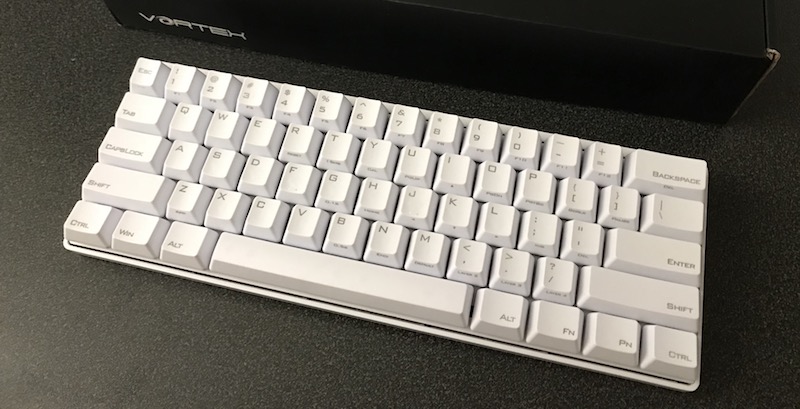 This is the Pok3r. It is a wonderful-feeling keyboard featuring blue Cherry MX switches. It clicks and clacks, giving that feeling of typing important things. The size is also pretty awesome. Pok3r is a so called 60% keyboard, meaning it not only lacks the numerical island to the right, but also function keys, arrow keys and even the duplicate Windows/command keys. I love the size in itself, but the thing definitely has a learning curve. To arrow around, and perform a whole lot of other keypresses such as home, end, page up and down, and so on, you need to use the fn key. Pok3r places the arrows on I, J, K, and L, which I realized is right where Vim users want their movement. Additionally, the fn key is placed on the lower right, meaning using arrows requires folding the right thumb below the hand or some other contortion.

This was the major stumbling point for me starting out, and I initially thought this was proof my keyboard size was full or tenkeyless but no smaller.

But as so often, sticking wiht things just a bit, some reading and some talking to people with more experience quickly made little dents into my hesitation.

First, I started reading up, checking out some reviews and looking into just what people used all the programmability of the Pok3r for. Pok3r lets you have three programmable layers in addition to the default keyboard (where the keys do what they say), and it also has a set of little switches underneath to alter the layout. Most of them are about layout: you can go change between the standard Qwerty, Dvorak and a third one I keep forgetting. There is also a switch to allow free remapping of almost all keys (by default some can not me changed). Finally, and most importantly to me, the last switch changes caps lock to also work as the fn key.

That one change made all the difference to me. No more twisting my right hand to arrow, I now have the fn key right below my left pinky, right on the home row. It still requires more key presisng than on a standard keyboard, but perhaps having all the keys needed right on the home row makes up for that in the long run? I can not deny that it feels neat to do, even though I am still much slower moving the cursor this way. 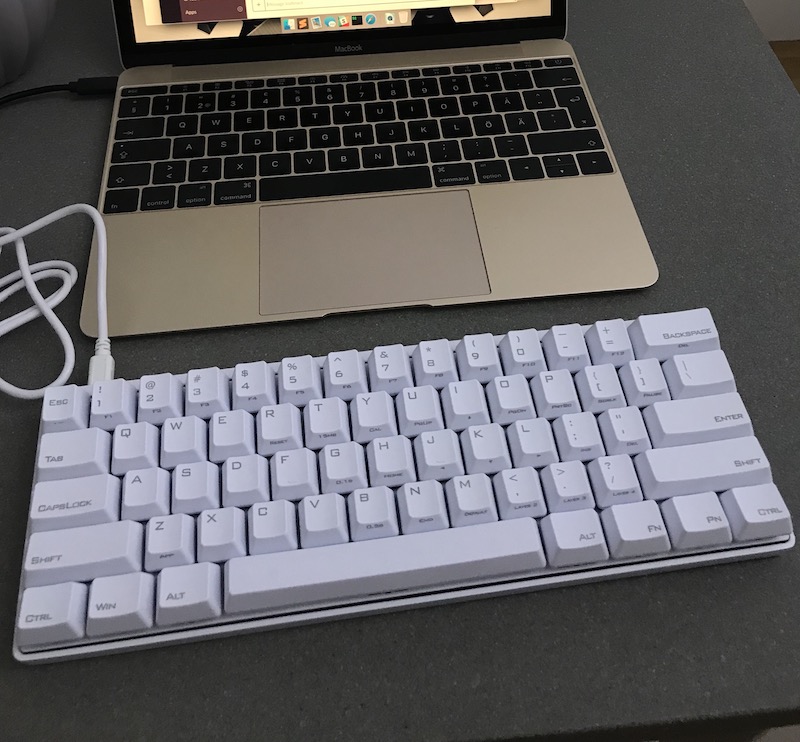 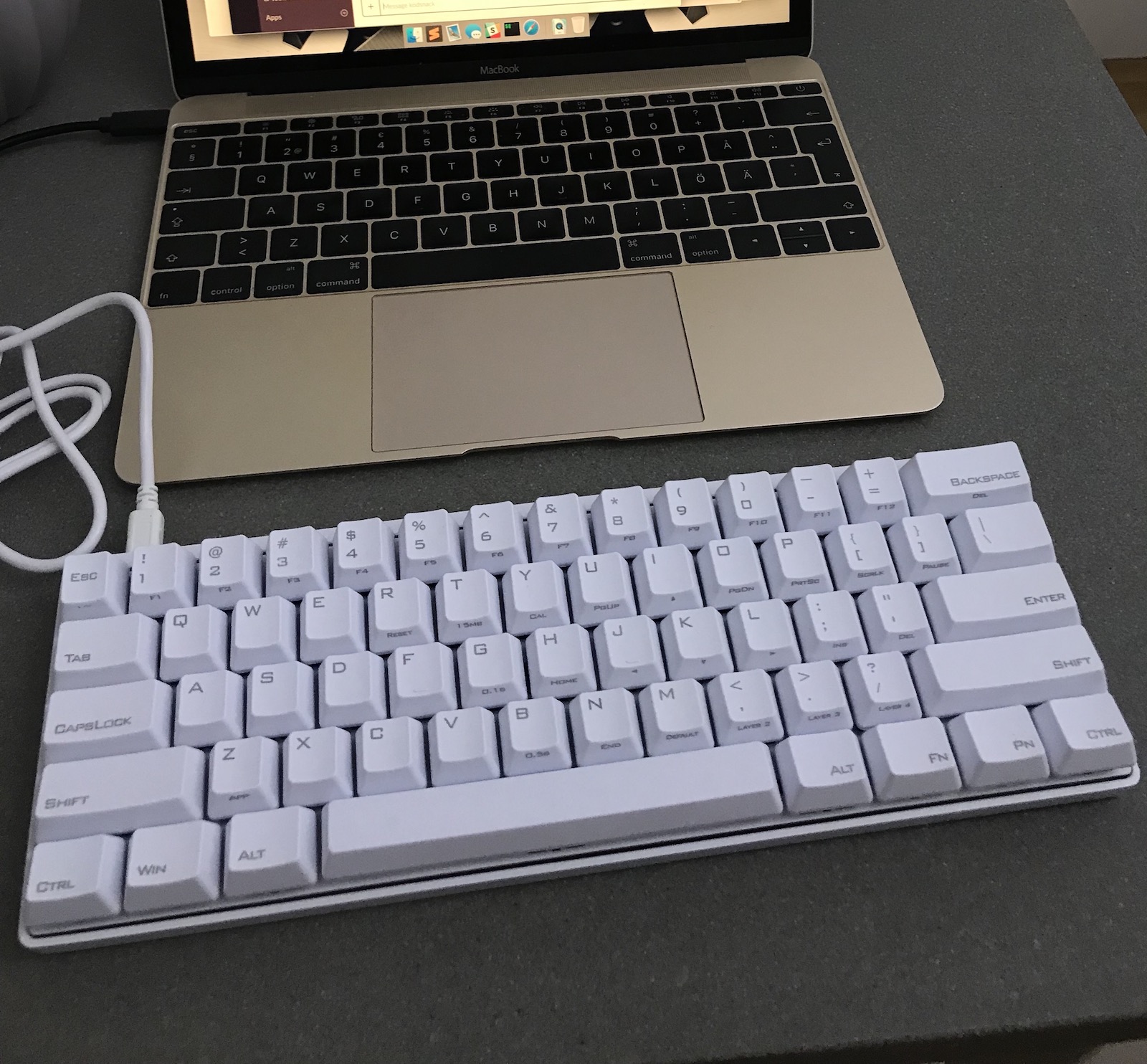 Also required was Macos builtin ability to switch the position of the command and alt keys. While par for the course when using any non-Mac-adapted keyboard, it had an added bonus on the Pok3r. The kebyoard is so tight they chose to only put one command key on it, on the left side, but they kept alt on both sides. I rarely use the right-side alt since I am on a Mac where there is no alt-gr, so now I got two command keys again instead. Big win.

I loved the look and feel of the Pok3r right away, but in the beginning I seriously doubted I would give it much use. One week later, I am surprised at how well I have adapted, and I still enjoy typing on it just as much. This might just be the beginning of a long, happy story.

(Unless sensitive ears around me forbid its use.)