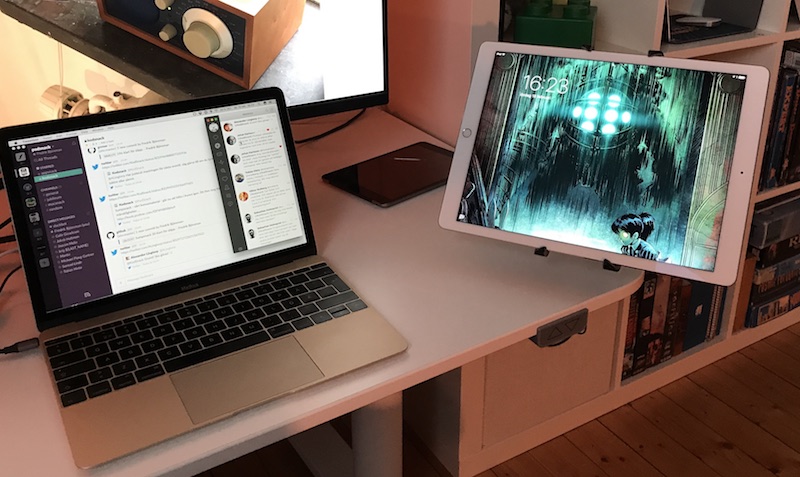 As previously detailed, Octa are a great company with great customer service. After they patiently explained to me that I had forced an Ipad pro into a Spider (the claws which grip the tablet) one size to small, they offered to send me a Lynx with a right-sized Spider for free. I happily accepted and patiently waited the standard random time for transatlantic shipping and am now the happy owner of a slightly larger system of well-made mounts and supports for tablets.

So, what is the Lynx?

The Lynx is simply a package consisting of a Spider (the size for large tablets in my case) and a clamp. The Spider grips the Ipad firmly and attaches to the clamp which provides a bendable support arm and a … yes, clamp which allows you to easily attach to the edge of, say, a table or a shelf.

Or any kind of bar or railing, for that matter. Like a lamp. 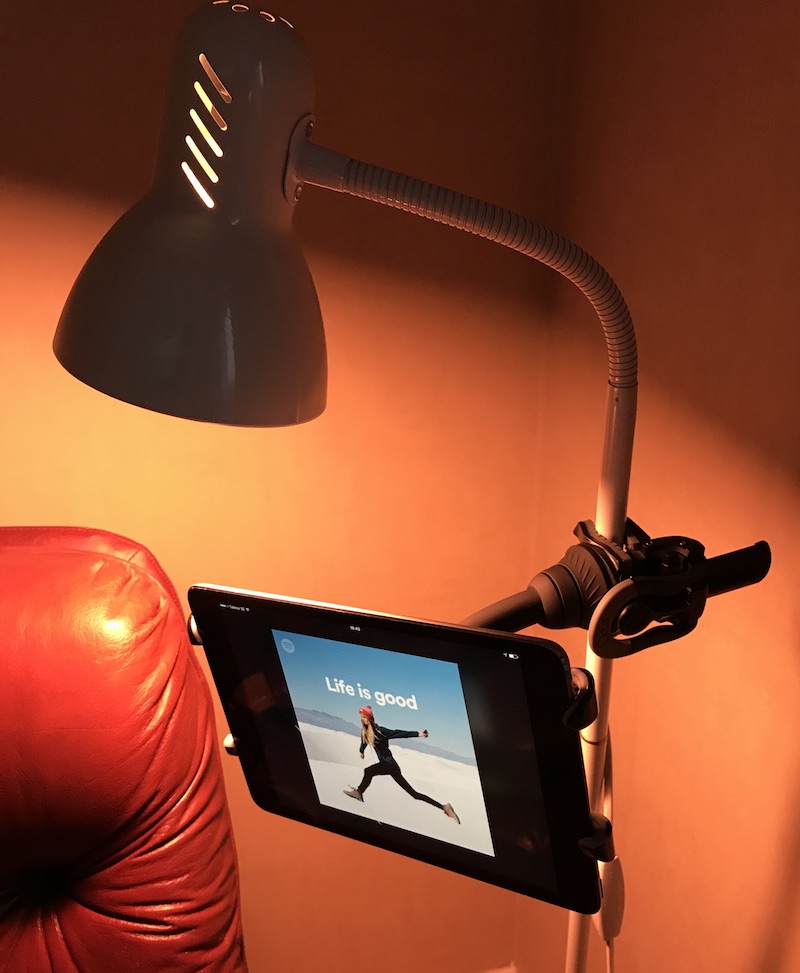 (I resist photographing another product in the shower, but I am sure the Lynx would attach perfectly there too.)

It is pretty nice indeed, and so much fun to place that I soon wished my home had even more places where I could try attaching it. Just like the Spider monkey, the Lynx feels super well made and very well designed. You set it up and attach a tablet in minutes, and removing the tablet as well as detaching or attaching the clamp from the surface are matters of seconds. The arm bends and rotates just as easily and feels just as sturdy as the one in the Spider monkey, and the tablet of course rotates freely around the attach point as well. 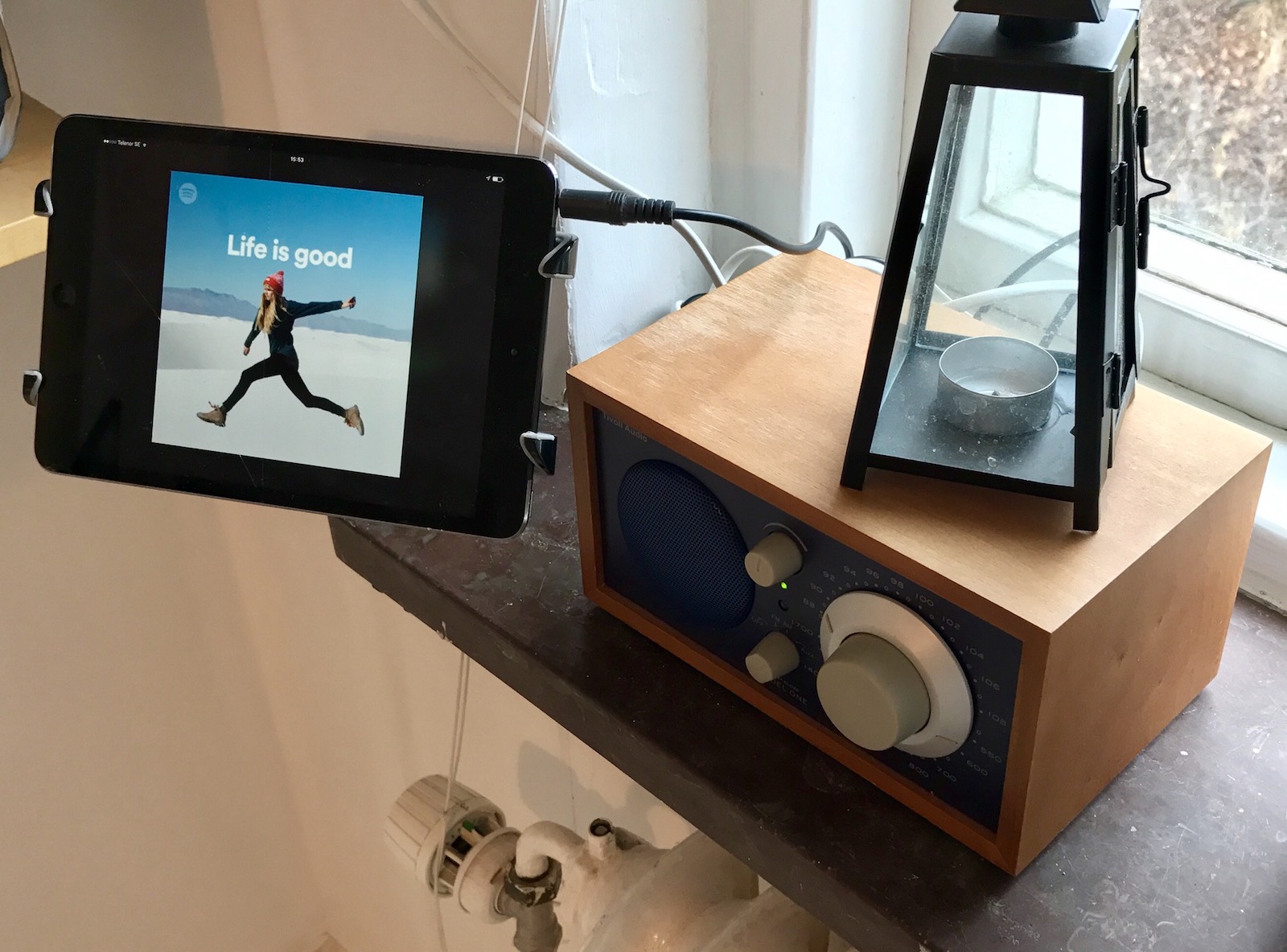 It really is great to have a proper fit for the Ipad pro, at last. The fit is still tight, but in a nice snug way rather than suggesting something will break any second. I prefer to have the Pro in the Spider monkey, but I was surprised how well it worked with the Lynx. I had expected the relatively short arm to make the angle and height of the pro feel strange on a desk, but clearly Octa thought about that too (surprising nobody). 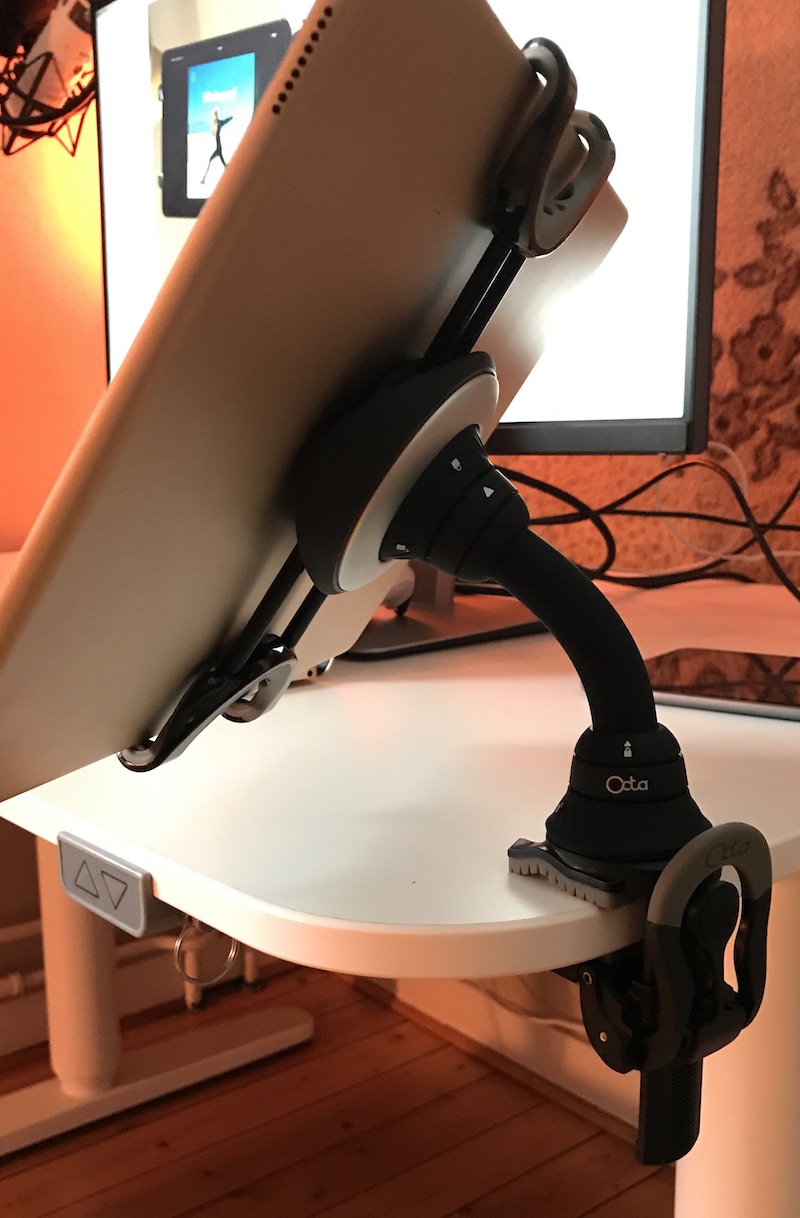 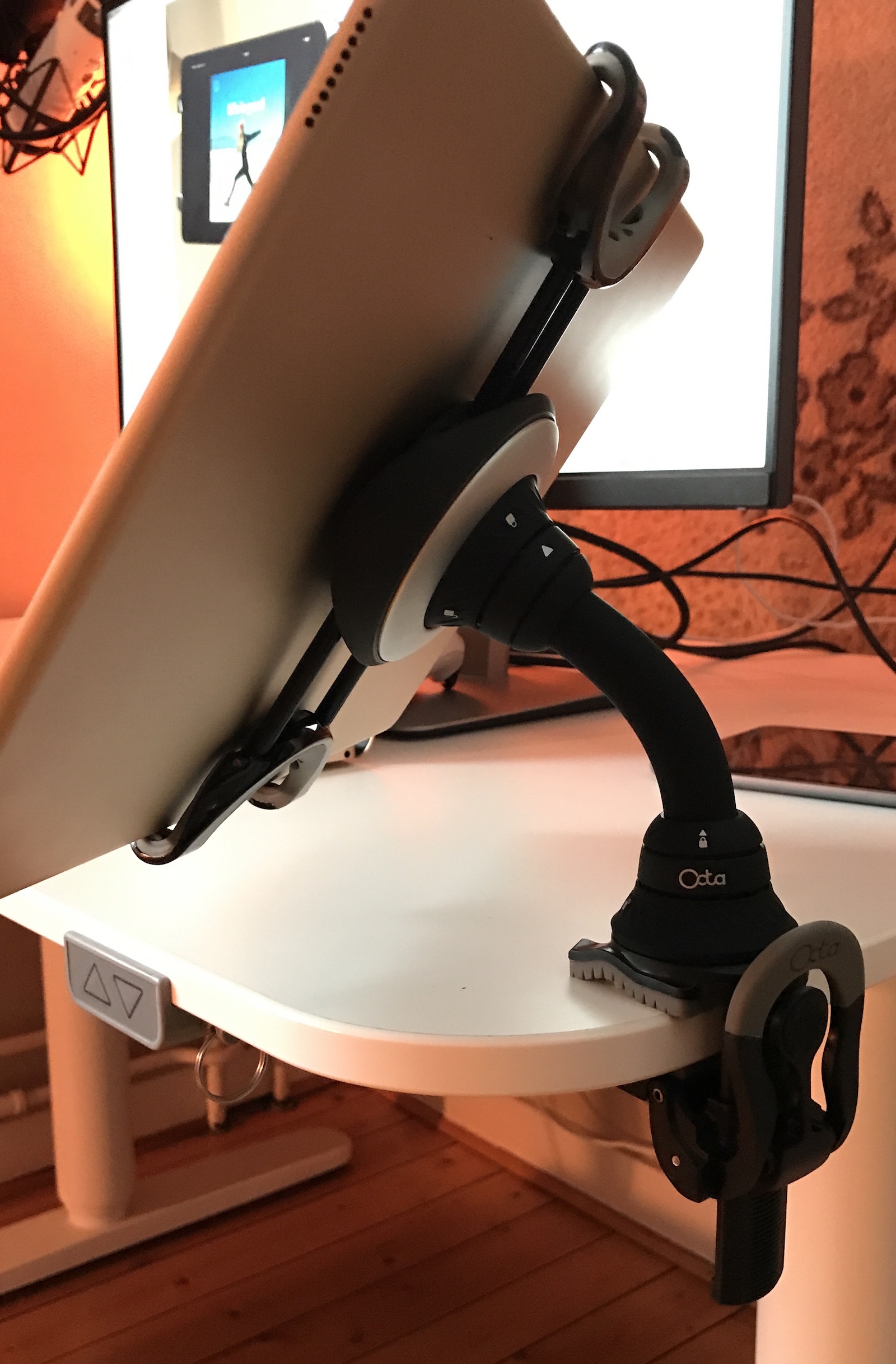 My only real problem with all the Octa products is that they are a bit hard to find in Europe. Amazon UK has some of the products, including separate Spiders suitable for Ipad pro, but both the Spider monkey and Lynx kits they have are for smaller-size tablets only (Octa mailed me: as of October 2018, Amazon EU does have kits for large tablets), but in Sweden I have not found any retailers. Which is all a bit of a shame, they would easily deserve a prominent position in any place selling tablets, and I have already wished I could easily buy some to give as gifts.